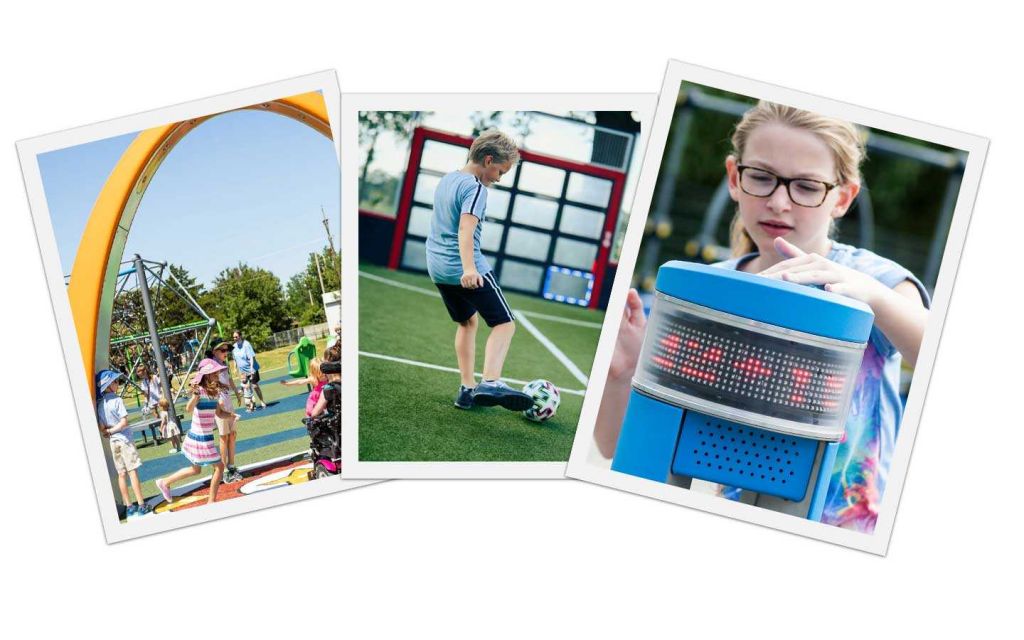 While online and console games have kept people entertained indoors, it’s time to take games outside. Kids and adults alike can enjoy interactive games outdoors thanks to new playground equipment that makes use of sensors, lights, and simple controls.

One such device is the The Yalp Sona. This play arch uses motion sensors and a numbered play surface that reacts to people’s movements. With a simple push of a button, kids can choose from a multitude of game such as a stop-and-go dance game called Freeze!, a memorization game of numbers known as Codebreaker, a speed and agility game called ReactionRace, and many more. Older kids and adults can get in on the action too as there are more advanced levels for all games as well as other activities. The Aerobics activity is one of the most popular of these activities for adults. Providing music and directions, The Sona encourages people to move with the music through a range of different exercises and includes short breaks for rest or water.

Like its online and video game counterparts, more games and activities can be downloaded to the device thanks to the internet and an app. The Yalp+ app provides the ability to download more games to The Sona along with the ability see data related to the equipment use and control functionality such as the volume or the timeframe as to when the device can be played with. A QR code on The Sona itself allows visitors to create and login to their own Yalp+ account that will give them access to visitor features such as game instructions, language choice, or even different games.

The Sona is not the only interactive piece of playground equipment in town. From the light up goal of the Yalp Sutu when a ball is kicked to specific squares to the ability to test speed and math skills with Yalp Memo, there are outdoor games for everyone to enjoy.